Located atop the newly completed Biscayne Beach in Edgewater

Biscayne Beach was among Miami’s hottest new developments when the 51-story condo opened a few months ago at 99 percent sold.

The Edgewater development offering a private beach club and direct views of Biscayne Bay still has its premier unit available in a $9.45 million penthouse, which we featured last May when only renderings were available. It remains the priciest residence for sale in Edgewater.

Miami Condo Investments took a tour recently of the unfinished residence, which boasts its own sauna off the master bathroom, in addition to a rooftop pool overlooking the bay. Penthouse 7 more than doubles the asking price of the next priciest unit available in the building. A 3,020-square-foot unit on the 49th floor is listed for $4 million. As for rentals, they aren’t cheap, with one-bedrooms asking no less than $2,445 a month and ranging as high as $3,500.

Below you can check out the 7,500-square-foot decorator-ready penthouse and see a rendering of the rooftop compared to the real thing, followed by several new photos of the development’s sleek public spaces. 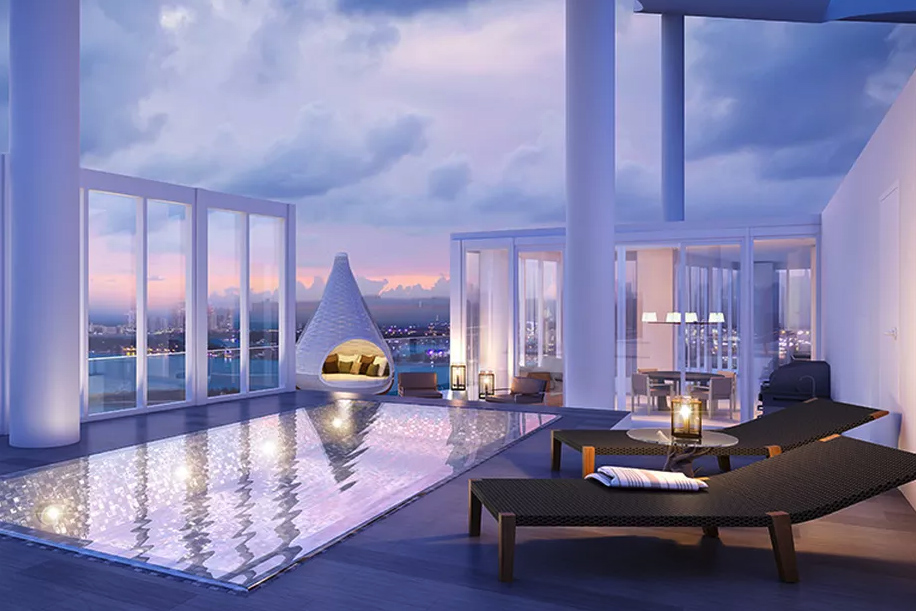 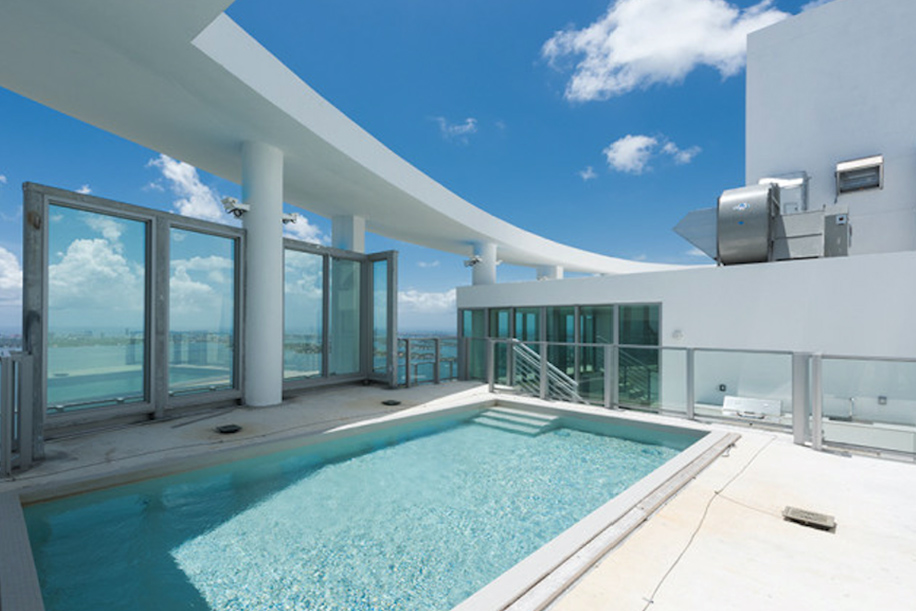 Courtesy of Biscayne Beach and via MCI

A post shared by Juliano Photography Official (@julianophotography) on Aug 16, 2017 at 5:18pm PDT

A post shared by Juliano Photography Official (@julianophotography) on Aug 16, 2017 at 5:17pm PDT