Miami rents have declined in many popular neighborhoods

Miami rents are dipping across many popular neighborhoods, according to the latest report by Zumper.

While rent in the city itself still remains expensive—the median one-bedroom apartment price of $1800 ranks 9th in the country—a year-over-year decrease is noticeable in coveted core areas like Brickell (-2.3%), Downtown (-6%), and Edgewater (-8%), but the reductions are especially prevalent in South Beach, where rents along West Avenue and the city’s center have dropped 10 percent and 15 percent, respectively.

Reasons why rents have slipped in the aforementioned areas could not only be due to an oversaturated supply but that Miami renters simply want out. Apartment List recently surveyed 24,000 renters across the country and found that 76 percent of renters in South Florida “planned to settle in a new city.” This was 12 percent higher than the national average. 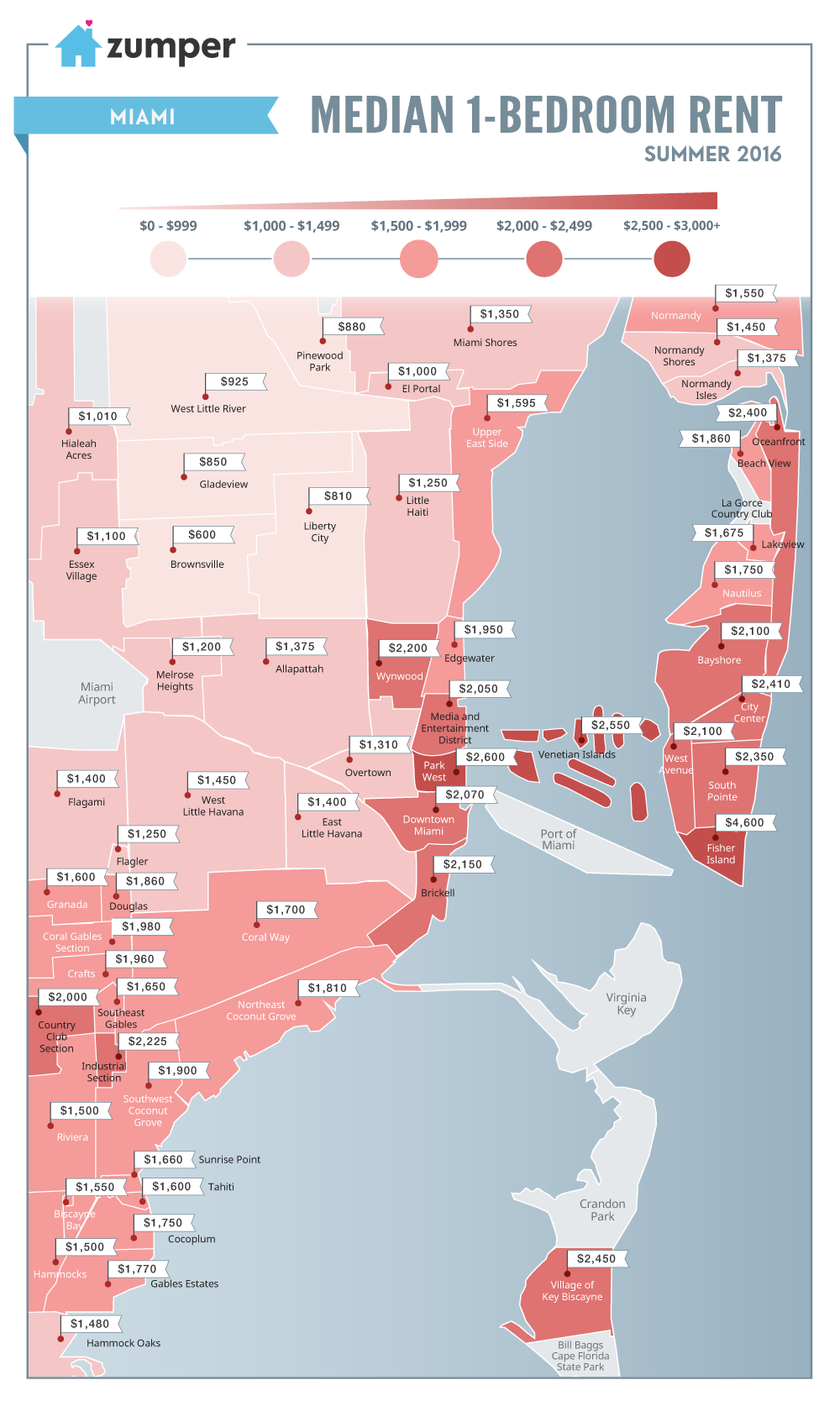 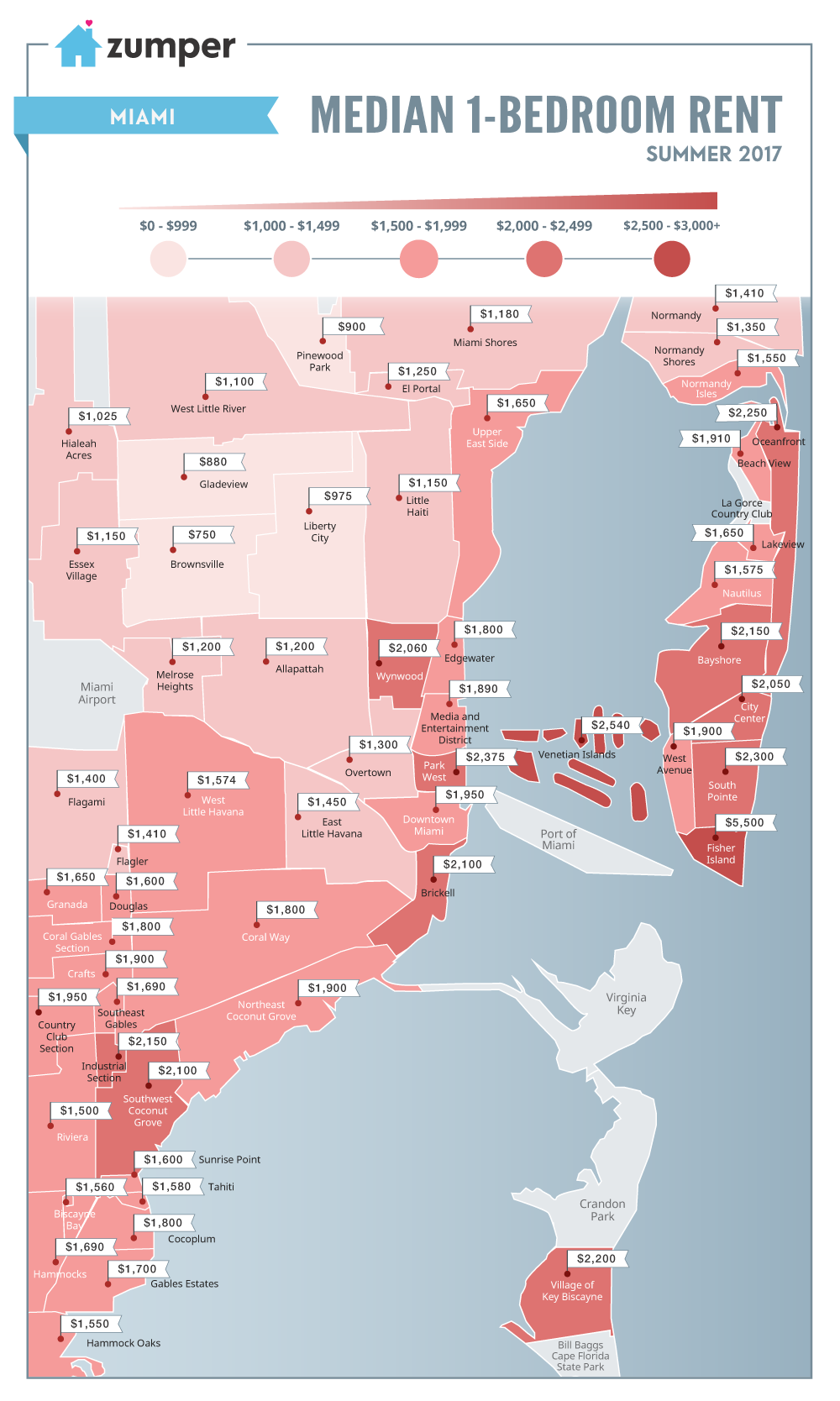 Next Up In Miami Real Estate Market Reports